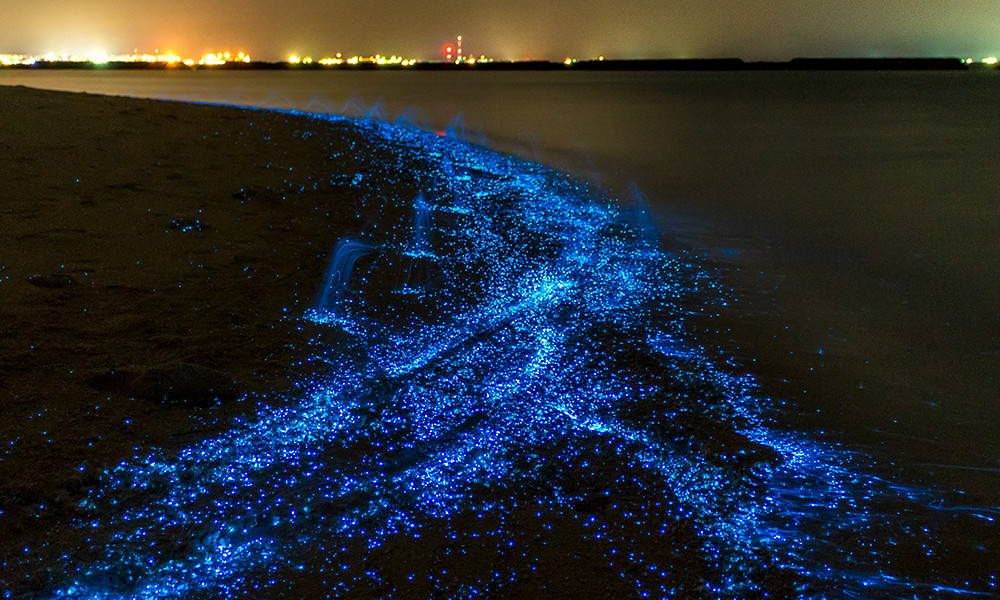 We believe in the magic of nature. The Bath Diamond glow is brought to you through bioluminescence which naturally occurs in the ocean. It is one of the oldest properties in Nature, and by using science developed from ancient luminous sea plants and creatures, we are able to offer you the most skin nourishing product possible.

The Greeks and Romans were the first to report the characteristics of luminous organisms. Aristotle described 180 marine species and was the first to recognise "cold light” within the ocean.

Roman naturalist and philosopher Pliny the Elder wrote that one could rub the slime of a luminous jellyfish, possibly Pelagia noctiluca, onto a walking stick to make it double as a torch.

In the sixteenth century references to bioluminescence were found in literature such as Shakespeare in Hamlet who talked of the "uneffectual fire" of the glow-worm.

The earliest records of Japanese chefs preparing the delicacy of the “Matsuia,” the famed Firefly Squid. The glowing squid lives in the deep sea at around 200 to 400 meters deep, and emit a cool, gemstone colored light.

And before the 19th century, coal miners filled jars with fireflies, as well as dried fish skin crawling with bioluminescent bacteria, to serve as lanterns; the safety lamp had not yet been invented and carrying an open flame into a cave risked igniting explosive gas.

After collecting nearly a million jellyfish over the course of decades, scientist, Shimomura discovered the properties behind bioluminescence which became indispensable tools in biology and medicine. Scientists could now tag and observe the intricate dances of previously invisible genes and proteins in living cells through bioluminescent science. In 2008, along with Martin Chalfie of Columbia University and Roger Tsien of the University of California, San Diego, Shimomura received the Nobel Prize in Chemistry for his work.

Until now, bioluminescence has been reserved for the realms of medicine and science, but we believe everyone should be able to experience the ocean’s light. At Bath Diamond, we are proud to bring you the first consumer bioluminescent product, so you can enjoy the magic of the ocean from the comfort of your home.

Discover the Science of Bioluminescence